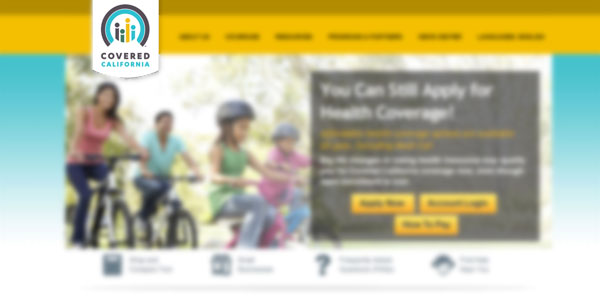 After my first Covered California fiasco, I never imagined that I’d be writing another negative chapter to my interaction with California’s Affordable Care Act exchange, yet here I am. Eight months after the rollout of the ACA websites, more than enough time to fix the website and supporting processes, here’s an update on my experiences with coveredca.com.

I obtained a Silver plan through Covered California back in April. I recently realized that I needed to decrease my projected self-employment income downward. So I logged into my Covered California account last Monday in order to make that change in my official information.

I attempted to submit it with my electronic signature afterward, but the change wouldn’t go through because of flagged errors in fields that I hadn’t touched. Rather than do battle with the website, I called a customer service representative for help.

The representative was nice, but not quite as knowledgeable on the system as needed. She led me through the steps that I’d previously taken to change income, and saw the same errors. She attempted making them on the admin level and was greeted by a new problem: an extra $5k of reported income.

The whole reason for this adjustment was to ensure that my premiums would decrease to reflect the lowered income. The extra $5k was problematic because it would raise my income higher than the amount in my current profile. Rather than lowering my premiums, this would actually make them go up.

She tried to compensate by lowering my income for that amount, but realized that would cause my application to be flagged by MediCal, indicating ineligibility for Covered California. She restored my previous income level and submitted a bug submission for their IT group. With bug reference number in hand, I was concerned but figured that it would all work out.

Four days later, I was perplexed to receive MediCal paperwork requesting profit/loss information on my self-employment income. In addition to the MediCal mailing, I received three separate “Thank you for your application to Covered California” letters. All had varying messages of eligibility/ineligibility, and different levels of premium support.

However, the best part came when I received a surprise phone call from a MediCal representative. After an hour-long chat to get her up to speed on what was clearly becoming a much larger issue than it needed to be, I was given another reference number, and a hope/promise that she could take care of all of this on her end.

Let me repeat: all of this began with a simple change in income, not an application for MediCal.

I received more Covered California application letters over the weekend, including one that asked me to provide proof of citizenship; so I wasted little time in contacting a Covered California representative the following Monday.

With the help of an IT person on the line, all seemed to be fixed after another 40-60 minute call. The representative felt fairly confident that she’d set my income to the proper level, eliminated errant document requests, eliminated MediCal connections, and maintained my current eligibility. The best news was that she was certain that I wouldn’t need to go back to the website.

As a precaution, she advised me to contact my current provider after July 1 to make sure that they received only the new “good” data, and not any of the previous “ineligible” data. She also mentioned that I might receive more system mailings, and she was right. I’ve received six additional Covered California form mailings, and one more MediCal mailing. Hopefully, this is the end of the matter.

Maybe I’m premature in my expectation that all has been taken care of with respect to my account, but the timing feels right to take stock of a woeful experience with a government program that I support for its’ merits.

Let’s start with the system mailings and the baffling fact that a new applicant letter is generated with each data change. Without a final submission, I shouldn’t have received anything. It’s like submitting info for a car price quote and receiving your title in the mail a few days later. And I certainly shouldn’t have received nine letters because of customer service representative changes.

(Add those nine letters to the six MediCal letters AND five provider bill reminders for my already-paid premium and you’ve got a lot of needlessly killed trees!)

Let’s also discuss the manner in which MediCal got involved with a non-MediCal account. When the first representative changed my income to a level that qualified for MediCal, and then changed it back, there was no reason that MediCal should have been alerted to my account. But they were alerted, and followed it up with a call about those changes.

How does a government agency receive (and act upon) partial information that’s not finalized? When the representative checked my account, she saw that this clearly wasn’t a MediCal issue. But if that’s the case, why did I receive document requests and a phone call questioning my application?

Lastly, I’ve had great experiences with the Covered California customer service representatives. But shouldn’t all of this have been handled with the first phone call? Admittedly, the reps are hamstrung by the same system that we use. But if they are also unaware of system bugs, or the ways that their changes can adversely affect a user’s account, that’s a huge training misstep!

I support the ACA and Covered California, but am struggling to understand how their consumer experience can still be so horrible this late in the game. The most depressing thought is that Covered California is one of the BEST exchanges. I can’t even imagine what it must be like for those in the worst: and I don’t want to!