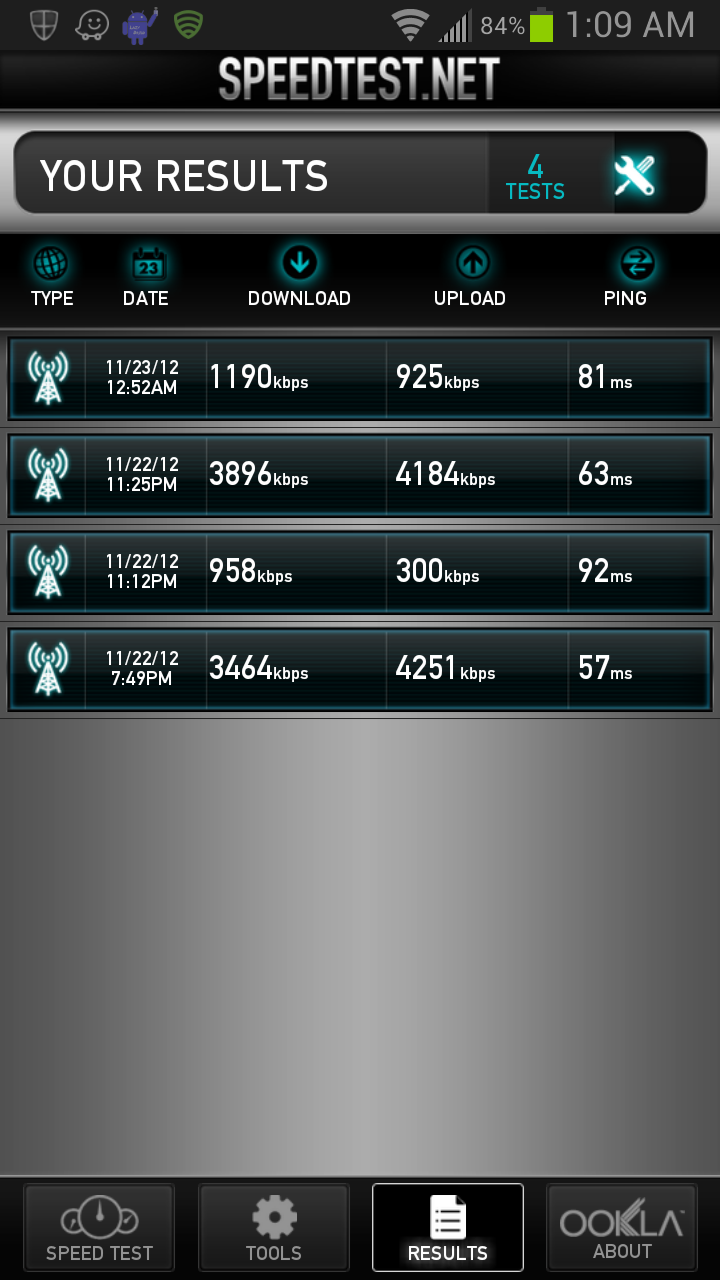 The Sprint 4G LTE network is being tested in pockets all around the Bay Area, but hasn’t been officially rolled out to the masses yet. I’ve been lucky to get glimpses of it here and there, but nowhere that I could adequately measure the speed of the connection… that is, until today. The image on the right is a collection of test results that confirm Sprint 4G LTE in the wild!

It all started while watching a post-Thanksgiving foodfest movie. After my Thanksgiving food coma wore off, I noticed that I was receiving 4G at my partner’s place when I looked at the top of my phone. He lives in Twin Peaks near Sutro Tower, so it makes sense that this would be a location with an updated tower. But I’m pretty sure I’ve never gotten 4G before at the times when I wasn’t connected to his Wi-Fi. After my shock and happiness wore off, I decided to do a speed test with the Speedtest app to see if the hoopla and wait for 4G was worth it. The answer was a resounding yes.

Here’s a collection of screenshots I took after doing two 3G tests and two 4G tests. You can see that it’s not even close!!! The 4G connection is about 4x faster than 3G.

This inadvertent testing is killing my battery life because my phone keeps looking for the 4G signal (now that it’s had a taste of the good life). But I can deal with that in the short term for a better experience in the long term.
Here’s hoping that the full-scale rollout happens SOON! 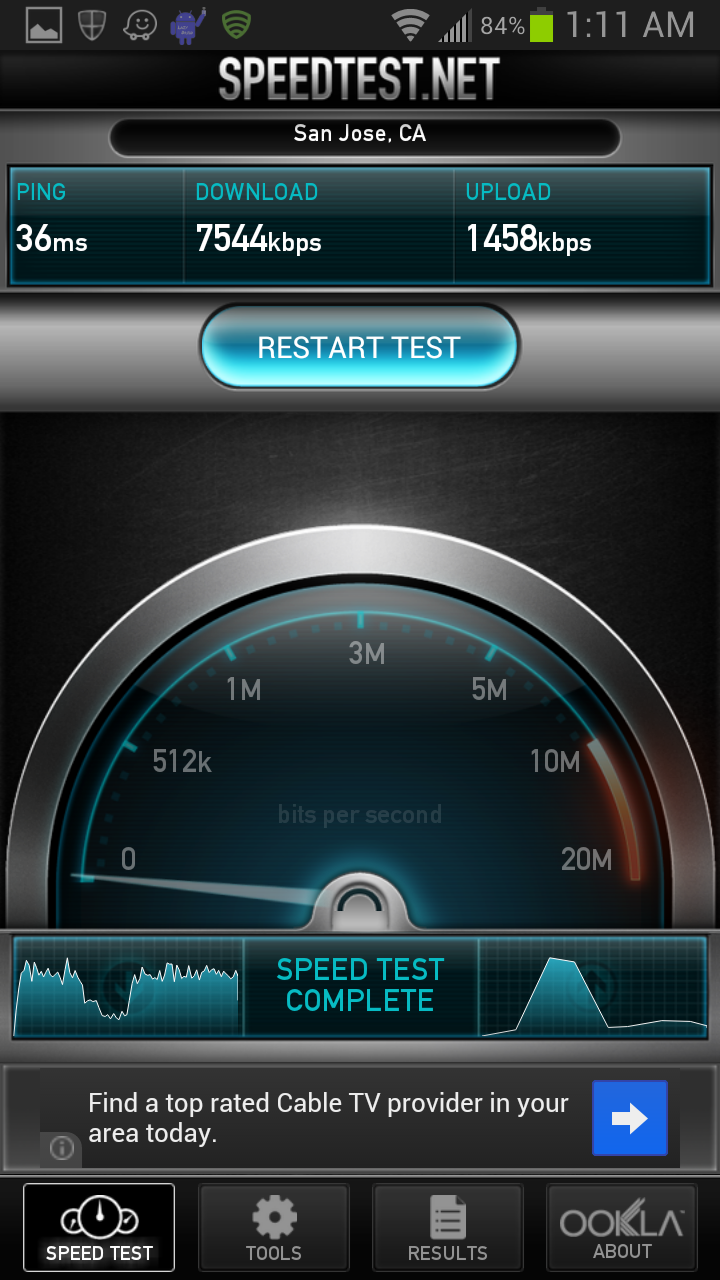 (For an easier comparison, here is the Speedtest results for my Galaxy S3 after I got home and connected it to my Wi-Fi connection. It’s about twice that of LTE, which is okay in my books.